A novel application of ecological analyses to assess transposable element distributions in the genome of the domestic cow, Bos taurus

Transposable elements (TEs) are among the most abundant components of many eukaryotic genomes. Efforts to explain TE abundance, as well as TE diversity among genomes, have led some researchers to draw an analogy between genomic and ecological processes. Adopting this perspective, we conducted an analysis of the cow (Bos taurus) genome using techniques developed by community ecologists to determine whether environmental factors influence community composition. Specifically, each chromosome within the Bos taurus genome was treated as a “linear transect”, and a multivariate redundancy analysis (RDA) was used to identify large-scale spatial patterns in TE communities associated with 10 TE families. The position of each TE community on the chromosome accounted for ∼50% of the variation along the chromosome “transect”. Multivariate analysis further revealed an effect of gene density on TE communities that is influenced by several other factors in the (genomic) environment, including chromosome length and TE density. The results of this analysis demonstrate that ecological methods can be applied successfully to help answer genomic questions. 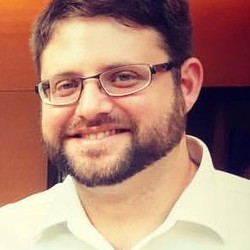